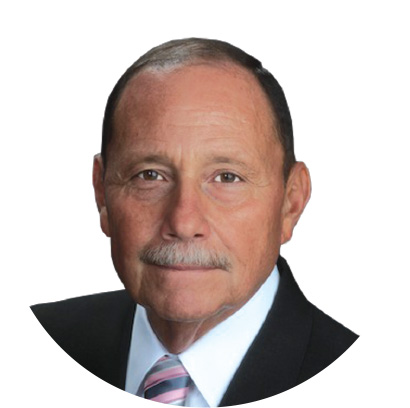 Before forming Domain Capital Advisors in 2008, Mr. Leardo spent more than 22 years in various management roles at PricewaterhouseCoopers (PwC), including Partner in charge of the Global Real Estate Advisory practice, which he founded in 1986. Under his direction, the business grew globally to include 450 people, with 44 offices in 16 countries. While in this role, Mr. Leardo led the U.S. and Canada practice, oversaw local leadership in Europe and Asia, and developed strategic core services in the areas of Capital Markets/Asset Advisory, Valuation, and Restructuring.

Prior to the merger of Pricewaterhouse and Coopers & Lybrand in 1998, Mr. Leardo was the Real Estate Industry Chairman for Coopers & Lybrand’s real estate activities, where he coordinated all lines of service, including audit, tax, and consulting.

Mr. Leardo participates in a number of associations, including the Pension Real Estate Association, National Realty Committee, and the National Association of Real Estate Investment Trusts. Mr. Leardo recently completed a term as an Urban Land Institute Foundation trustee and has been invited to serve as one of the organization’s governors. He is also a Trustee and the Chair of the Finance Committee for Roanoke College. Mr. Leardo served as Lead Independent Director for Griffin-American Healthcare REIT II, Inc., which was successfully sold in 2014. He holds the prestigious Counselor of Real Estate designation and was honored by the Royal Institute of Chartered Surveyors as a Fellow in May 2006. Previously, Mr. Leardo served as a Board Trustee for the American Seniors Housing Association.