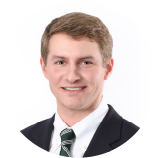 Jack Izard is Vice President – Investments, Timberland Assets at Domain Timber Advisors, LLC, a SEC-registered investment adviser and a subsidiary of Domain Capital Group. In this role, he is responsible for overseeing the analytics, strategic management and performance of the firm’s timberland investments. Additionally, he manages the annual appraisal process for the firm’s timberland holdings.

Mr. Izard’s passion for land management began in 2007 at Toa River and Triple Eye Farms where he was, and still is, Land Manager for the properties. Here, he manages the operations for three tracts of recreational timberland, totaling 1,800 acres, prepares timber harvest plans and develops and maintains comprehensive GIS maps for land management practices.

Mr. Izard also added value at the Joseph W. Jones Ecological Research Center, where he examined long term plots through careful measurement and recording of various forest species, and Plum Creek Timber Company, where he calculated and analyzed PLF (Pounds per Linear Foot) measurements for timber loads in order to identify the average size and value for the remaining stock.

In 2012, Mr. Izard joined the University of Georgia’s Center for Forest Business in their Graduate Assistantship program. While in the program, his most notable accomplishments included the preparation and planning of the 2011 Timberland Investment Conference, an international event hosted by the center, and a contributing role to the development of the 2012 Private Landowner of Georgia Tax Handbook.

Most recently, Mr. Izard served as Portfolio Manager for an Atlanta-based timberland investment management organization. His responsibilities included property analytics used in the acquisition and disposition of timberland and the conversion of timber properties to higher and better use (HBU) applications, as well as cash flow analysis, scenario analysis and return forecasting.